Rich Wilde and the Wandering City

Rich Wilde is searching for the legendary Wandering City. A thriving metropolis nestled between a mountain of diamonds and a mountain of gold, guarded by terrible Patagonian giants.
Rich must race against time and dodge danger as he searches for a secret riches in the Wandering City, which only appears once every 1,000 years. 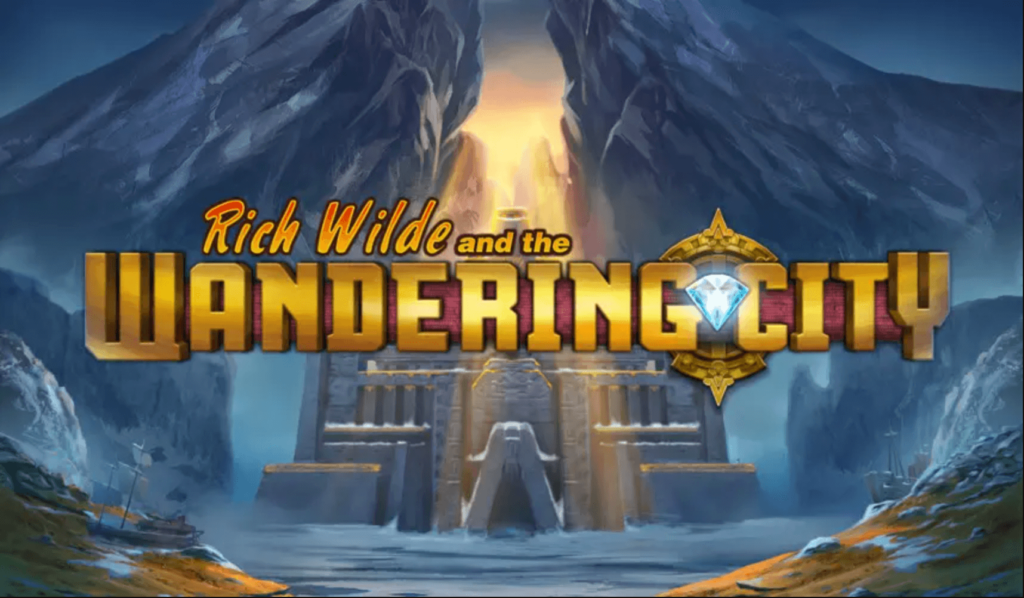 9, 10, J, Q, K, and A are the lesser paying symbols. Landing 5 of the same symbol pays off between 0.8X and 1X the stake. A dagger, a gilded sculpture, a skull, and Rich Wilde himself are the highest paying symbols. Landing five of the same symbol type pays 2.5X to 4X the stake. The huge diamond serves as both a scatter and a wild sign in the game. Let’s have a look at what each feature does.

Multipliers can appear on reels 2, 3, and 4 at random as you spin the reels. A 2X multiplier appears above each reel, and if you create a win with a multiplier activated reel, the multiplier is applied. If multiple multipliers are used in a win, they will be multiplied by each other before being added to the win.

Rich Wilde and the Wandering City is a video slot that takes us on another trip with growing symbols. Where, alongside this renowned explorer, you might participate in big wins buried among Patagonia’s high mountains.

We use cookies on our website to give you the most relevant experience by remembering your preferences and repeat visits. By clicking “Accept All”, you consent to the use of ALL the cookies. However, you may visit "Cookie Settings" to provide a controlled consent.
Cookie SettingsAccept All
Manage consent

This website uses cookies to improve your experience while you navigate through the website. Out of these, the cookies that are categorized as necessary are stored on your browser as they are essential for the working of basic functionalities of the website. We also use third-party cookies that help us analyze and understand how you use this website. These cookies will be stored in your browser only with your consent. You also have the option to opt-out of these cookies. But opting out of some of these cookies may affect your browsing experience.
Necessary Always Enabled
Necessary cookies are absolutely essential for the website to function properly. This category only includes cookies that ensures basic functionalities and security features of the website. These cookies do not store any personal information.
Non-necessary
Any cookies that may not be particularly necessary for the website to function and is used specifically to collect user personal data via analytics, ads, other embedded contents are termed as non-necessary cookies. It is mandatory to procure user consent prior to running these cookies on your website.
SAVE & ACCEPT